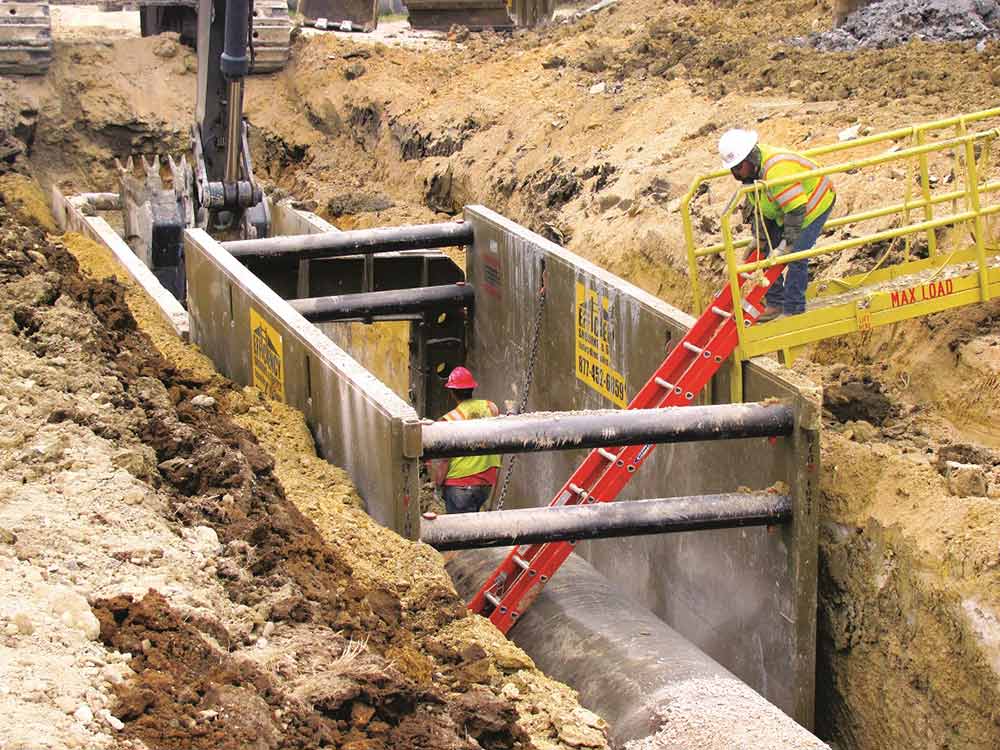 A 55-year-old male construction worker in Edmonton has died after a sewer trench in which he was digging collapsed, burying him under a few meters of clay and dirt.

The incident took place just before 5 PM on April 28, 2015. According to information from the provincial Ministry of Jobs, Skills, Training and Labour, the worker remained buried for several hours as emergency services arrived at the scene to extricate him. Ministry spokesperson Brookes Merritt confirms that the victim was deceased by the time he was extricated the following morning.

The worker had been hired for the construction project via the Bissell Centre Temporary Labour Agency in Edmonton.

This was the second workplace-burial accident to occur in Edmonton in less than a week. Both resulted in fatalities. On April 22, 2015 a 37-year-old City employee was hospitalized in critical condition after a dump truck spilled sand and gravel sweepings onto him at an industrial park. A supervisor discovered the driver’s condition and contacted emergency medical services immediately.

Merritt confirms that a stop-use order on the truck was issued in the above incident and that the victim passed away on April 28, 2015.

Gord Cebryk, the City’s branch manager of transportation operations, points out that while similar situations in which the end gate did not open have occurred in the past, this is the first time that a City employee has been injured in this way. “There is a procedure on how to dump and what to do if the end gate doesn’t open,” Cebryk says.

There is a large program called trenching and excavation and most heavy equipment operators must go through this training to operate machines in and around the trench. Terms such as benching, surfaces encumbrances, access and egress, vehicular traffic, utility locates, atmospheric hazards and ventilation, water accumulation and the dangers, fall protection and the understanding of the 4 soil types are just some of the topics to be discussed.

Alberta has one of the worst safety records in Canada and there are many reports to the contrary but it seems to happen quite often in the ineffectual “creative fines” simply do not work.