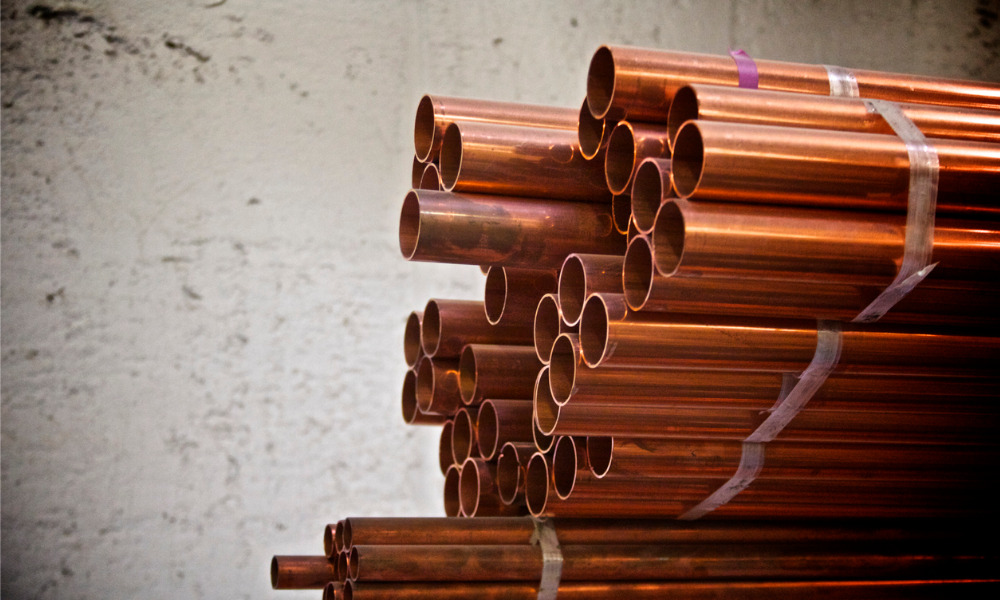 A worker, employed by Great Lakes Copper Ltd. of London, Ontario, a manufacturer of copper tubing for the plumbing, refrigeration and industrial markets, was injured after being struck by tubing that slid as it was being moved.

On November 4, 2019, a worker from a temporary help agency and a second worker were working in the warehouse, “picking straight stock” which is retrieving stock and preparing it for shipping. This task is usually done by one worker; however, on that day the temporary worker was shadowing the second worker.

The second worker operated the forklift to lift the copper tubing, while the temporary worker was on foot, working between a weigh scale and a desk. They placed a bundle of copper tubes (made up of several smaller bundles) into a tube rack on the weigh scale, to be weighed and split into bundles of desired weights.

Once the bundles were weighed and apportioned, the temporary worker wrapped two slings around the bundles, one at each end, and attached them to the forklift extension. Intending to maintain a tight bundle, a third “cinch strap” was added to the middle of the bundle.

The cinch strap was placed loosely over the top of the bundle after the forklift had already started lifting it. However, due to the height of the lift at the time, the temporary worker did not see that the strap had also been thrown around the fixed frame of the tube rack on the scale. The second worker raised the lift further, which now consisted of the tubing bundle and the tube rack.

The second worker could see the rack was tipping and began to lower the lift. However, the cinch strap released, causing the bundle and tube rack to fall and strike the temporary worker, who was knocked into a nearby desk and onto the floor where the worker was pinned. The tube rack and tube bundle pinning the worker weighed about 1,300 lbs. The worker suffered injuries.

Great Lakes Copper had a standard operating procedure (SOP) for picking straight stock, and the workers had been trained on this SOP. However, the SOP did not address the step of adding a cinch strap to bundles being lifted, despite the fact that the schematic in the SOP shows a cinch strap on a bundle. It was the general practice among workers to add a cinch strap, but they had not been trained on how to do so safely and the cinch strap had sometimes been caught on the tube rack frame during previous lifts.

Great Lakes Copper Ltd. was found guilty of a contravention of the Ontario ‘Industrial Establishments’ regulation 851/90, section 45(a) which states,

Since the employer failed to adhere to the Ontario Occupational Health and Safety Act (OHSA) and any provincial regulation, Great Lakes Copper Ltd. was also found guilty of a contravention of the OHSA, section 25, subsection 1(c) which states,

Isn’t it interesting that the employer had SOPs for picking up straight stock but did not complete further hazard assessments to seek out problems like adding cinch straps to bundles being lifted?

Too bad for the employee. I bet they have it now!