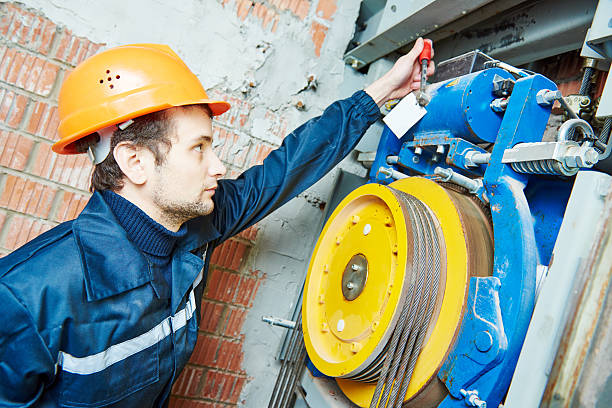 A worker, employed by Schindler Elevator Corporation of Toronto, Ontario, a company that manufactures elevators, escalators and moving walks, was injured while lubricating ropes on an elevator at an Ottawa building.

On June 5, 2019, a worker employed by Schindler was performing maintenance work in the elevator machine room located at 445 Richmond Rd., Ottawa Ontario, a building owned and operated by Ottawa Community Housing Corporation. The task in question involved lubricating ropes on an elevator,

While performing the task in question, the worker was wearing gloves while the elevator was in motion. While Schindler had a policy instructing workers not to wear gloves around moving machinery, the worker in question was not aware of this policy.

The worker’s hand was subsequently pulled into the in-running nip point created by the elevator’s hoist ropes and sheave. As a result of the incident, the worker sustained injuries.

Schindler Elevator Corporation failed to take the reasonable precaution of ensuring that a worker did not wear gloves while exposed to the hazard of working near moving machinery.

Schindler Elevator Corp. was found guilty of a contravention of the Ontario Occupational Health and Safety Act (OHSA), section 25, subsection 2(h) which states,

(h)     Take every precaution reasonable in the circumstances for the protection of the worker.”

Schindler could easily have been convicted of a contravention of the ‘Industrial Establishments’ sector regulation 851/90, section 25 which states,

“An in-running nip hazard or any part of a machine, device or thing that may endanger the safety of any worker shall be equipped with and guarded by a guard or other device that prevents access to the pinch point.”

In either case, Schindler should complete a hazard assessment for each situation and attempt to prevent an accident through the “Hierarchy of Control” as a preventative measure.