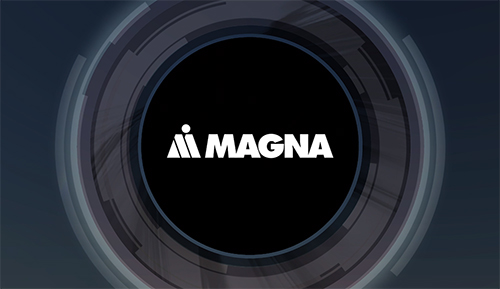 A worker was injured after being struck by a truck frame that was being moved by a crane. A warning audible alarm was sounded but automatically shut off. An investigation determined that the alarm should be re-set manually by an operator.

On February 28, 2019, an incident occurred which resulted in an injury to a worker. The incident took place in an area of the plant known as the Post Wax Bolt-On Line 5. At that location, assembled truck frames exit the production line. They are then taken and moved by what is known as the unload bridge crane.

An operator manually controls the crane. The crane picks up the product and moves it to either the north side or south side ‘down-stacker station.’

This motion is a programmed path that the crane follows on its own. The operator initiates the motion and has control over it. Once the product being moved is at the designated down-stacker, the operator lowers the crane and stacks the frame on the pallet. The crane is then moved back to its home position.

The area around the unload bridge crane is restricted and has vertical rows of three light beam sensors (also known as photo-eyes) at the north end and south end entry points. When these sensors are interrupted, an alarm sounds for five seconds and a warning light turns on and flashes. The alarm is automatically silenced after five seconds. These devices are intended to alert the crane operator that someone has entered the restricted area. If the photo eyes are constantly blocked (e.g. by an object that remains in front of them), the alarm will not operate again until the blockage is removed.

On February 28, 2019, the operator of the unload bridge crane picked up a truck frame and was in the process of moving it to the north side down-stacker station. A co-worker arrived to take over from the crane operator. The co-worker went to a safe spot located just outside of the south entrance to the restricted area. The operator was at the north-east side of the restricted area with the loaded crane between the two workers.

The two workers made eye contact and the operator indicated to the colleague there was a spot between the north and south side down-stacker stations where the worker could put down a drink. This spot was within the restricted area, and along the crane’s path of travel.

As the crane was moving the truck frame, it struck and then pinned the co-worker against some fencing. The co-worker sustained injury.

The Ministry of Labour, Training and Skills Development investigated the incident. Among the findings of the investigation was that a Pre-Start Health and Safety Review (PSR) of certain operations at Formet’s St. Thomas facility was completed by Panjer Consulting Ltd. in December 2001.

Included in the PSR was an analysis of the unload bridge crane in the Post Wax Bolt-On Line 5 Area. One of the recommendations was that the audible alarm be silenced and reset through the deliberate action of the crane operator, rather than by simply shutting off automatically after five seconds. Another recommendation in the PSR was that there be signage posted clearly indicating that entry into the area within crane’s range of motion was restricted. The ministry’s investigation found that neither of those two recommendations had been implemented.

Magna International was found guilty of a contravention of the Ontario Occupational Health and Safety Act (OHSA), section 25, subsection 2(h) which states,

(h)  take every precaution reasonable in the circumstances for the protection of a worker.”

When I read this report, I was surprised to say the least. I was a member of one of Formet’s customers and it was my job to ensure that the quality of their product was the best it could be.

I found out early on that Formet was as good as its word and created world class quality on a daily basis. There was no detail, too small, that they did not review to make the product, truck frames, the very best they could be.

I find the accident hard to accept, therefore, because Formet did not provide the same effort as they did in their attention to safety. It does not seem feasible to me that they would miss something this vital especially with a solid recommendation.

I guess we all make mistakes.

HRS Group Inc. has a great team that can help you with all your health and safety need including ‘Material Handling’, ‘Safe Operation of an Overhead Crane’ and ‘Proper Lifting Techniques’. Contact Deborah toll free at 1-877-907-7744 or locally at 705-749-1259.