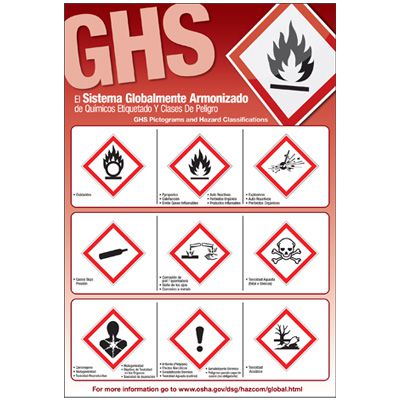 The federal government has announced a new set of OH&S regulations to align Canada’s hazardous-material practices with the Globally Harmonized System of Classification and Labelling of Chemicals (GHS).

Announced on June 30, 2016, by Employment and Social Development Canada (ESDC), the new rules amend the federal Canada Labour Code as part of the nation’s implementation of the GHS, which replaces the former Workplace Hazardous Materials Information System (WHMIS) for identifying and classifying dangerous chemicals. The changes were published in Part II of the Canada Gazette on June 29, 2016.

“These new amendments will better protect workers from hazardous products and improve their overall safety,” Mary Ann Mihychuk, federal Minister of Employment, Workforce Development and Labour, says in a statement.

In addition, the federal government is working with provincial and territorial governments that are changing their own legislation to ensure consistency.

The Global Harmonized System (GHS) was to replace Workplace Hazardous Materials Information System (WHMIS) a long time ago. (This being 2023)

WHMIS training should be a thing of the past and one update, WHMIS 2015, covered much of the changes.

Many companies still have yearly refreshers for WHMIS but the move the GHS is still a very slow process.

We can also be reached at www.hrsgroup.com.

Remember – In Canada, “All accidents are Preventable”