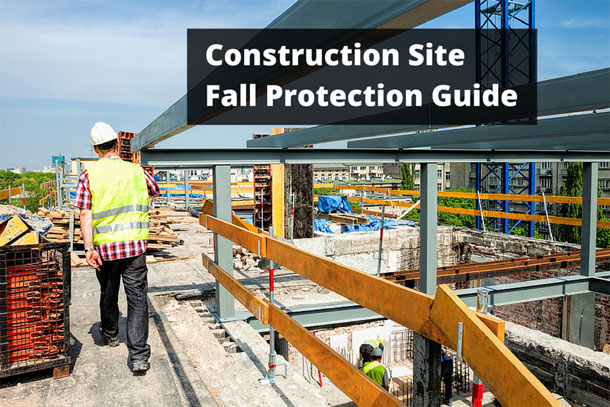 A worker, employed by MTN Construction out of Innisfil, Ontario, fell 21 feet to the ground, sustaining injuries. Workers had not been given site-specific training nor had they been trained on where and how to properly tie off their fall protection equipment on this job site.

In 2020, CTN King Inc. was developing a construction project and retained MTN Construction Inc. to provide the concrete formwork at the project.

By February 10, 2020, the concrete work at the project had progressed to the third floor of the building. That morning two MTN workers were installing column formwork for the walls on the perimeter of the third floor.

The forms were made to be installed on reinforcing steel (rebar) already in place. In certain places, the rebar was bent 90 degrees at the top, requiring the formwork to be split into two L-shaped forms in order to fit around the rebar. Workers had installed between 50 and 150 similar columns, some of which were of the same L-shaped type. The forms were lifted into place by a tower crane.

The worker tied fall protection equipment on to the first L-shaped formwork once it was in place. The crane then moved the second L-shaped formwork section to the third floor. Moving it into place was more difficult because of the bend in the rebar, and it was requiring some manipulation by the crane operator and by the worker at the floor level.

An investigation conducted by the Ministry of Labour, Training and Skills Development determined that while MTN had a written formwork procedure, workers had not been specifically trained on this written procedure and were not aware there was a specific written procedure, although they were aware that bracing was required. In any event, the procedure did not contain any specific procedure for bracing formwork. In particular, while it was MTN’s usual practice to install a shoring post to brace a form in one direction and a 2″x4″ piece of lumber to brace the other direction, there was no specific procedure requiring this to be done.  In addition, the formwork engineering drawings did not include any information on how forms should be braced.

All workers had working at heights training, but had not been given site-specific training, and had not been trained on where and how to properly tie off their fall protection equipment on this job site. MTN had a site tie-off procedure, but none of the workers had been trained on it prior to the incident. Fall protection equipment was made available to workers, but it was left to the workers to decide which type of fall arrest equipment was appropriate for any given circumstance.

MTN Construction was found guilty of a contravention of the Ontario ‘Construction Projects’ regulation 213/91, section 31, subsection 1(b) which states,

(1) “Every part of a project, including a temporary structure,

(b)  shall be adequately braced to prevent any movement that may affect its stability or cause its failure or collapse.”

This is contrary to the Ontario Occupational Health and Safety Act (OHSA) section 25, subsection 1(c) which states,

It seems that the workers were not given the information necessary to do their work safely. Section 25, subsection 2(a) of the OHSA states,

Always remember that the constructor is fully responsible for everything on the construction site. Section 23, subsection 1 of the OHSA states,

(a) the measures and procedures prescribed by this Act and the regulations are carried out on the project;

(b) every employer and every worker performing work on the project complies with this Act and the regulations; and

(c) the health and safety of workers on the project is protected.”