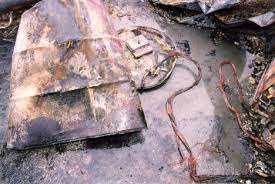 A teenage worker was killed by an explosion that occurred at his worksite about 2 km south of Kinistino, Saskatchewan on November 03, 2015.

A statement from the Melfort, Saskatchewan detachment of the RCMP states that the 19-year-old male victim was performing welding work at the time of the incident. “He was cutting open a barrel with – I think it is called an oxyacetylene torch,” says Constable Lorne Bennett of the Melfort RCMP. The barrel contained a type of spray foam, “and they all believed it was water-based, and it exploded. He was cutting the barrel, and boom.”

The worker was pronounced dead at the scene. Police determined that there was nothing suspicious of criminal about the fatality.

The Occupational Health & Safety division of Saskatchewan’s Ministry of Labour Relations and Workplace Safety sent representatives to investigate the scene. The Ministry spokesperson says the accident did not involve an employer-employee relationship – meaning that the incident was outside of the OH&S department’s mandate and the Ministry did not have the authority to investigate it.

What does that mean, not our responsibility? Who has jurisdiction here? Why has someone died and no one deals with it? Sounds to me the people within the Ministry were trained up to the standards in Alberta.

Too bad! The province should follow the higher standards set in Quebec, Newfoundland, British Columbia and Ontario. Maybe workplaces will become safer.