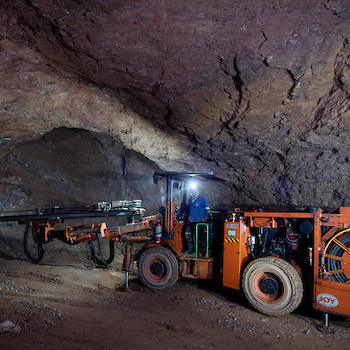 Two unrelated fatalities involving the operations of Canadian mining companies in Mexico took place within the span of a few days.

On June 20, 2016, an incident involving an employee of Starcore International Mines Ltd., headquartered in Vancouver, occurred at the company’s San Martin Mine in Queretaro, Mexico during the installation of wall and ceiling ground support in a cut-and-fill slope.

In a statement dated June 21, 2016 president and chief executive officer Robert Eadie expressed regret over the company’s failure to report the death of the worker, who was an experienced underground miner. Starcore is working with local authorities on completing a final report on their investigation. Operations at the mine outside of the slope continue, and all crews have been fully debriefed on the incident.

Just two days after the Starcore fatality, Great Panther Silver Ltd., in Vancouver reported that a contract miner had been killed on June 22, 2016, when an isolated rock fell at the Guanajuatito Mine. The area where the incident occurred was closed for investigation, but the rest of the operations remained unaffected.

In a statement dated June 22, 2016, Robert Archer, president and chief executive officer of Great Panther Silver Ltd., says the firm continues to work on a complete safety review across all of its operations that began earlier in the year. The company is determining the cause of the incident and has reported the incident to the relevant authorities.

Canadian Occupational Health and Safety should be a leader around the world. Everything we learn or create in the safety world should be added to any operations whether on Canadian soil or not.

It looks like, maybe, the right people in charge did not properly train the staff, including supervision. I believe supervision is the most important part of any business where safety is concerned.