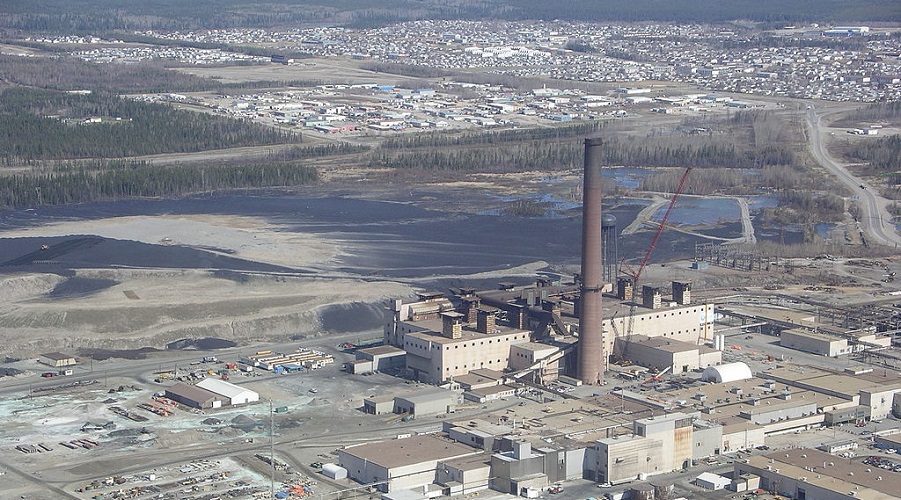 A fire broke out in an underground nickel mine in Thompson, Manitoba on April 5, 2015, when a piece of equipment burst into flames after being struck by a large chunk of falling debris. All 39 of the miners escaped unharmed.

According to United Steelworkers (USW) Local 6166 president Murray Nychyporuk, workers at Vail Canada’s T1 mine were using a remote control to operate a scoop tram, also known as a load-hall-dump (LHD), located in an open production block of a vertical-block mining shaft. The chunk fell onto the tram at about 3:30 pm, crushing the equipment and causing the battery to short which sparked the fire.

After the mine’s warning system was fired, all miners proceeded to underground refuge stations immediately. A Vale statement notes that the workers at an adjoining mine also moved to safe rooms as a precaution and were let out by 10 pm that same day.

The fire was eventually contained to the equipment, and rescue teams returned seven of the miners to the surface the next morning. All of the remaining workers had returned to the surface as of 1:25 pm, with no injuries reported. The company initiated a fire watch as a standard practice.

“While the interruption to production and the damage to equipment are unfortunate,” Vale says in a statement, “we are reassured by the fact that our fire and rescue procedures worked and we achieved zero harm to our people, who will be returning safely to their homes and families today.” The mine was back in full production by the following day.

Ryan Land, manager of corporate affairs and organizational development with Vale’s Manitoba operations, notes that such incidents take place from time to time. “Damage to equipment and equipment fires do happen, and we are always looking for ways to prevent through maintenance and procedures,” Land says. “When it is not possible to manage risk to as reasonably achievable in operating the equipment, we operate by remote, as in this situation.”

In many cases, and onboard fire-suppression system could have prevented this, to some degree, he adds.

Vale and USW Local 6166 are conducting a joint investigation of the fire.

This is the first report, I can remember, that show another accident by Vale. This one was, however, in a province other than Ontario, but the result is still the same. It does sound, however, that the management team in Manitoba has a better handle on safety than their counterparts in Ontario but only time will tell if they have similar results.