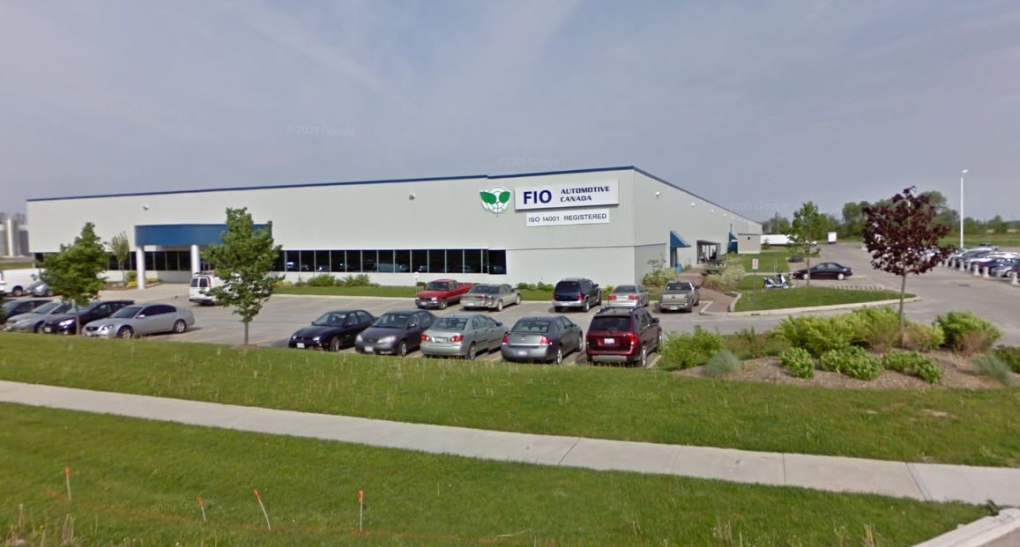 A worker, employed by FIO Automotive Canada Corporation (FIO), suffered a critical injury at the workplace when a 1,500-pund feed bar was knocked out of its support cradle and struck the worker who was operating the crane. FIO contravened a section of the ‘Industrial Regulations’ by failing to ensure that a feed bar that may tip or fall and endanger any worker was secured against tipping or falling.

On October 8, 2020, a worker at the facility was operating an overheard crane to lift a press die off a bolster plate to move it to storage. A trainee was assisting the worker by disconnecting clamps holding the press die on the bolster. As the worker began to lift the die with the crane, he did not notice one of the clamps had not been removed.

The clamp eventually disconnected under pressure of the crane, causing the die to swing in the air, impacting the bolster’s feed bar. The feed bar, weighing approximately 1,500-pounds, was dislodged from its position, knocking the worker to the floor and critically injuring them.

An investigation by the Ministry of Labour, Training and Skills Development determined that the feed bar holder would not securely retain the feed bar if struck by the die swinging in the way it did.

The investigation further revealed there had been similar instances in the past where dies, being lifted off bolsters, swung and contacted a feed bar, bumping it out of position but remaining in the cradle.

FIO Automotive Canada Corp. was found guilty of a contravention of the Ontario ‘Industrial Establishments’ regulation 851/90, section 46 which states,

“Machinery, equipment or material that may tip or fall and endanger any worker shall be secured against tipping or falling.”

This is contrary to section 25, subsection 1(c) of the Ontario Occupational Health and Safety Act (OHSA) which states,

Since this was a recurring concern, I was wondering why the fine was as low as it was. Several near misses should have been a wakeup call for FIO Automotive.

I guess someone had to be injured before they would act.

HRS Group Inc. has a great team that can help you with all your health and safety need including ‘Material Handling’ and ‘Proper Lifting Techniques’ and ‘Due Diligence’. Contact Deborah toll free at 1-877-907-7744 or locally at 705-749-1259.