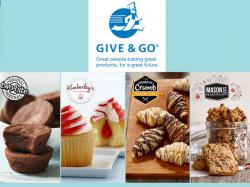 A worker, employed by Give and Go Prepared Foods Corp., a British Columbia, a company that manufactures baked goods and supplies retailers and the foodservice industry, was injured after not being made aware of workplace hazards.

On August 28, 2019, a worker was standing at a conveyor line sliding cartons off a belt and pushing them into a machine. While the worker was moving a tray from the conveyor to an overflow table, the worker’s hand was pulled into the pinch-point and sustained injuries.

A Ministry of Labour, Training and Skills Development investigation revealed that at the time the worker was injured, the worker had not been made aware of hazards associated with the machine being operated.

Accordingly, the employer committed the offence of failing to comply with section 25(2)(d) of the Occupational Health and Safety Act.

Following a guilty plea in the Provincial Offences Court in Newmarket, Give and Go Prepared Foods Corp. was fined $80,000 by Justice of the Peace Robbie Levita; Crown Counsel was Mike Nicol.

(d) acquaint a worker or a person in authority over a worker with any hazard in the work and in the handling, storage, use, disposal and transport of any article, device, equipment or a biological, chemical or physical agent.”

This is the first time in, quite a while, that 2(d) has been used. (Actually, I do not remember it ever being used)

Usually section 25 of the “Industrial” reg. 851/90 is used in this case. A nip hazard in the “industrial” sector would fall under section 25 but the Ministry decided to deal with this company and use the Occupational Health and Safety Act (OHSA) instead and gave their decision that the real problem was the worker was not properly acquainted with the hazard. Either way, a worker was unnecessarily injured by a nip hazard.